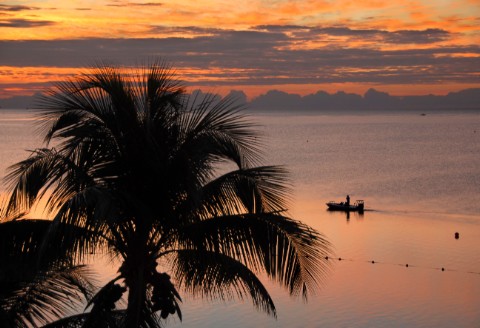 Anyone who knows me me knows one thing for certain, I’m meant to live in a warm climate. Seriously, bless my Nordic ancestors for coming this far south, but why didn’t anyone keep on travelling?

In lieu of living in the south, I can travel to many different destinations each cold season and after attending the #SimplyTheKeys media event in Toronto, the Florida Keys has bumped up high on my list. Why? Here are my top three reasons why:

Treasure Hunting is a Vocation

I hear that in the Florida Keys, treasure hunting is a respected occupation – maybe my open water diving certification is worth more than just scuba fun! And speaking of scuba diving, about six miles south of Big Pine Key, you can dive into an underwater music festival. Running 32 years strong, the festival encourages coral reef protection and environmentally responsible diving. If you are into water leisure activities, some of the world’s best snorkeling can be found in what is called the “Middle Keys” and that’s between Key Largo and Key West.

Get Lost with Hemingway

The great writer, Ernest Hemingway found his way to Key West on advice of a fellow member of the “Lost Generation.” While there, he settled in a Spanish colonial style home on Whitehead Street that he extensively renovated. Prior to his departure, he was gifted with a special six-toed tomcat, whose descendants are still living at that same address although the residence is now known as the Hemingway House and Museum. You can take a stroll through the gardens, home and studio where the Nobel Prize winning author wrote most of his greatest novels and short stories.

If you leave Key West and find that you had gotten some sand in your shoes, the legend says that you will return again and again and again. Seeing as though I like to spend a lot of time at the beach soaking up the sun, listening to the ocean and dipping my feet into the water, there’s a good chance that I will leave with sand in my shoes after I partake in eating key lime pie, going scuba diving, snorkeling, and taking in the sights, sounds and events of the Florida Keys. I might even try to win a conch blowing competition too…as you can see, I’ve done it before.

***This post originally appeared on RealityMoms.rocks. I have reposted with permission***