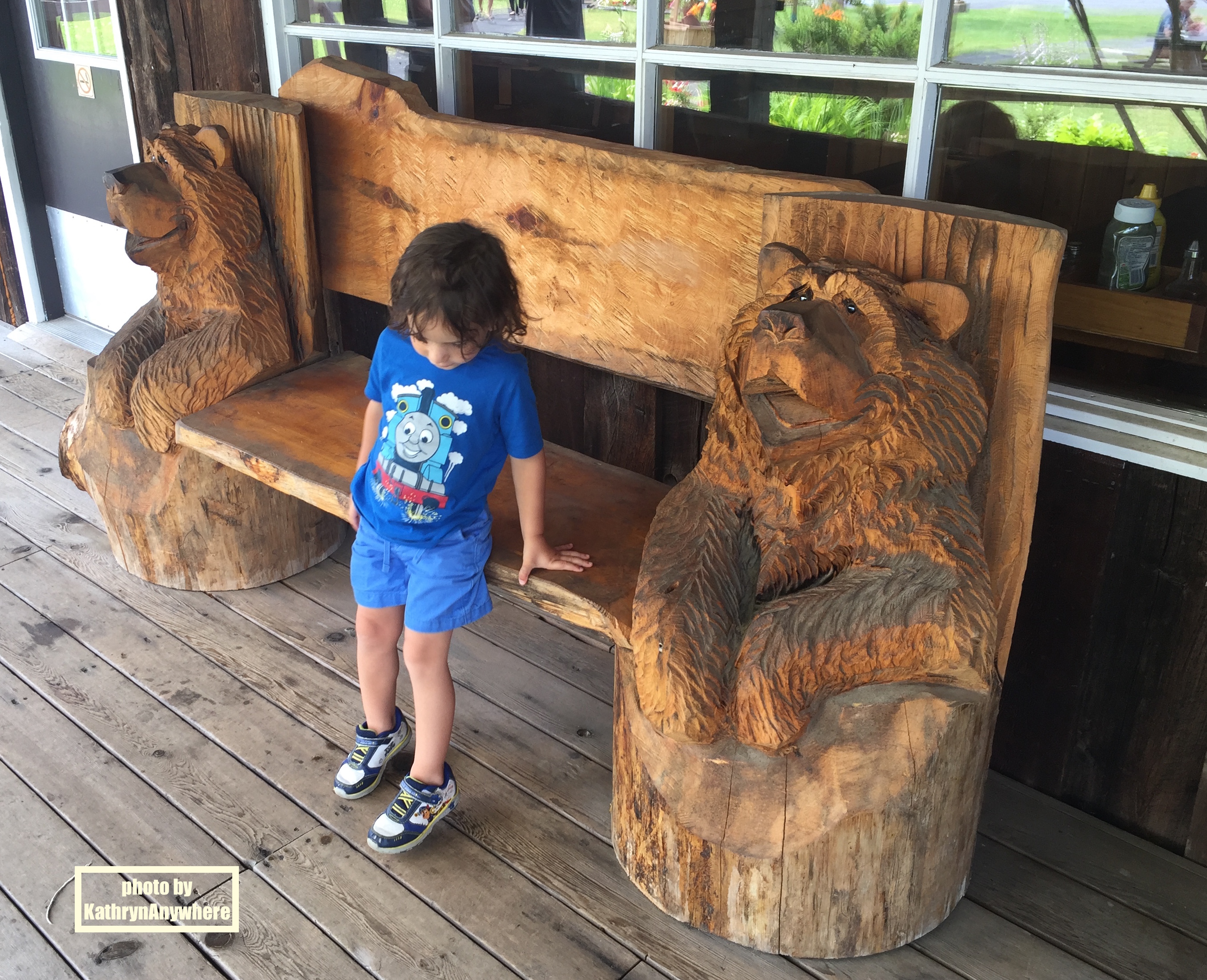 I let a complete and total stranger attempt to feed my three year old son in a restaurant.

At first I was weirded out and stared with my momma bear stabbing eyes with murder on my mind. Make one false move lady…

After a couple minutes, my son’s shyness subsided and he was… eating. Gasp! I was still uneasy, but there were nutrients – something aside from those fruit type gummies snacks or a chocolate chip granola bars going past his lips!

Getting a three year old to eat healthy foods is a hard go! Even harder when you are on a family road trip and he’s yelling he wants macaroni and snacks. F*cking snacks. I’m gonna shove those snacks where the sun doesn’t shine…

We had checked into our motel in Wawa and went to town armed with a restaurant recommendation of a place that would be suitable and acceptable to children. Wawa is not a big place and options are limited. Upon seeing that restaurant #1 didn’t serve macaroni and cheese – I sprinted next door to see if they did. Alas, I stuck out again.

I rejoined my family in the Embassy Restaurant and we settled on chicken noodle soup for the picky toddler. The soup arrived and then – the inevitable… “I don’t want that”.

It was hot, I stirred it, I put 2 ice cubes in, stirred some more, blew on it. No dice. No slurps. Not entering his mouth. Not the broth only, not the noodles, hell no to the noodles.

The waitress walked over, picked up the spoon, stirred it, held it up to his face and said “can’t you have some for me?” He shook his head no. Nope, this stranger wasn’t about to feed him. But here’s the difference, I was tired from a long day of travel and hiking. I was quick to put his spoon down and eat my own burger instead. She wasn’t, sure she was at work and she’s a waitress so that is extremely demanding, but she hadn’t spent all day with him. And she was relentless, she wasn’t going to give up until he ate.

I ate my burger, feeling rage that here was a stranger leaning over trying to get my son to eat. Was she proving that I suck as a mom? That I failed here because I was eating and he wasn’t? That my appetite was more important than fighting with an obstinate toddler?

She started talking about all the tricks she used to get her kids to eat growing up. All the purée vegetables and that she still does it to this day to put in spaghetti sauce even though they are grown up. Then I got it. This woman wasn’t out to make me look bad, this woman is part of a tribe. A mom tribe. And this mom tribe works together. She clearly knew the concept of “it takes a village to raise a child”, was so comfortable in her experience with being part of a village raising children and simply saw my son as an extension of that and she brought me into her village.

So to that waitress at the Embassy Restaurant in Wawa, I salute you. Not just for getting my son to eat the chicken noodle soup, but for bringing me into your village.