Standing on the top of Castelo de Sao Jorge in Lisbon or at the entrance to Guell Palace in Barcelona or on the balcony of our hotel room in Cannes looking down at the Mediterranean Sea, I felt liberated to have gotten to that point, solo with my kids. As far as solo parent vacations, this was the pièce de résistance. Lisbon, Barcelona, Marseille, Cannes, Milan and Paris with my nine year old daughter and five year old son. The trip, an early birthday present for my girl. For her 10th birthday, she requested a trip to Cannes, France. I was happy to oblige. She had clearly inherited my incredible sense of wanderlust and adventure.

I had made all travel plans, booked flights, buses, trains, hotels and coordinated so many variables such as walking distance from train station to hotel, that it was a very proud feeling that it all came together. Only I did it, alone, proof that a woman can attain and achieve a solo holiday with her children. I had scrounged, saved and hid away money, budgeted everything to the penny. There’s satisfaction in never having to see that spread sheet again. And an immense fulfillment in having made the plans for a one parent holiday with the kids. I was always the planner anyway, but this time there wasn’t anyone else to bounce ideas off of.

In the dead of night, while I huddled in the toilette with an iPad and headphones or propping up the screen with my suitcase, the pride was sometimes pushed over by a void, something that was missing. There wasn’t another adult by my side. Missing was someone to hold a conversation with that’s not about farts. An accomplice to laugh with, to wink at, to hold hands and pull in tight. It’s a feeling of loneliness and realizing that this was indeed a feeling of solo parent vacations.

Meet The Feeling Of Loneliness of Solo Parent Vacations

I have traveled solo in the past of my own volition. I have been the epitome of a solo female traveler. One who travels with friends too. There have been media fam trips, I have done numerous road trips with the kids in our home province and even took my son to the Caribbean for a work-vacation, but this is a different kind of trip. It smacked me with a deep emotion one night. This was the first real vacation without their dad. They missed him, he was clearly missing them and I figured that out. I’m not “fun daddy”.

Make no mistake, I’m not saying the trip was awful because I did not have my partner by my side. That’s far from the truth. The trip in a whole was a success and I certainly did not need someone beside me during this trip. The nights were a little lonely as my babies slept. Who really sleeps the entire time their kids sleep? And those waking hours had me thinking a lot.

A week into the trip, I had one of those awful nights that you don’t get in the parenting manuals. I went to bed feeling really beat up emotionally. It was the kind of night where the kids have breakdowns and run around and don’t listen to you and fight with each other and when you try to sit them down and talk about the situation, then they just cry instead of responding. Back in Toronto, it’s easier to handle because their dad can step in and we divide and conquer.

In a hotel on La Rambla in Barcelona after midnight? Nope. No support like another parent at all, it’s all me. 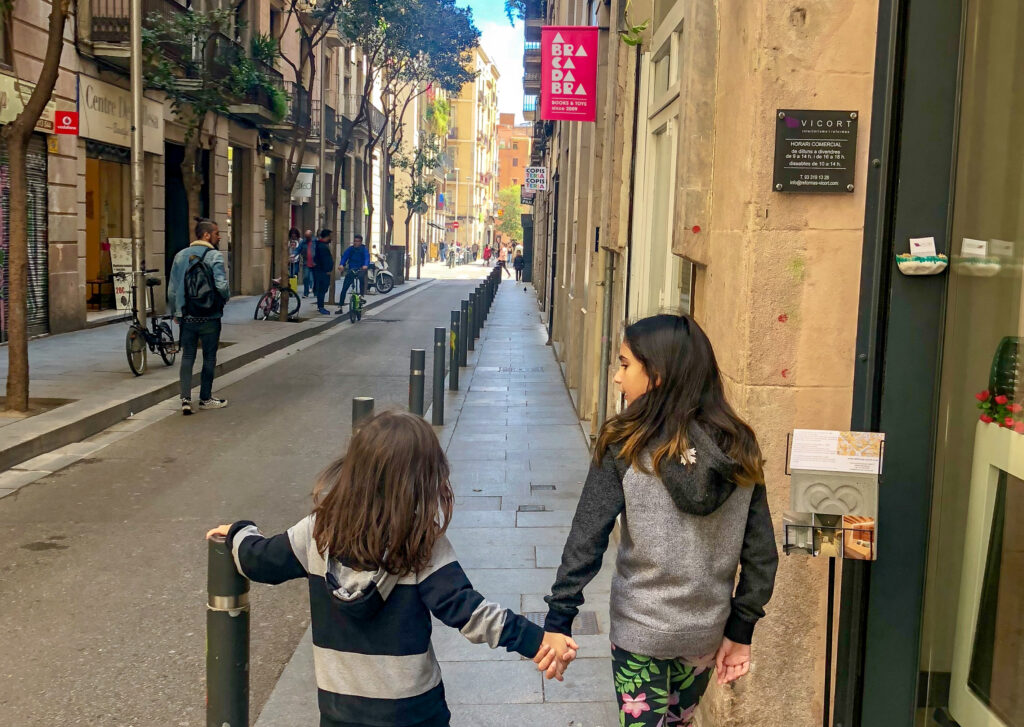 The kids thought my frustration was funny one couple nights ago when it was almost 1:00am by the time they went to sleep. They weren’t laughing the next  morning when I dragged them out of bed. The hotel we were staying at stops serving breakfast at a certain time so we needed to get moving. And guess what? There’s no winners in any of these hard moments.

I’m certainly not happy because my kids won’t listen to me first and foremost and secondly because now some of our precious vacation time has been wasted in lieu of moments of discipline.

Whether it be time that we could have been in a museum or time that they could have spent going to bed at a decent hour, it was gone. The time that night was spent instead sitting on the floor of our hotel room picking up pieces of a smashed souvenir that one of the kids threw in a tantrum. And then that time had to be spent talking about respect for each other, respect for where we are, respect that we have to show other patrons of the hotel and that acting like animals will get us shown the door. Things I thought they had known as we travel a lot. 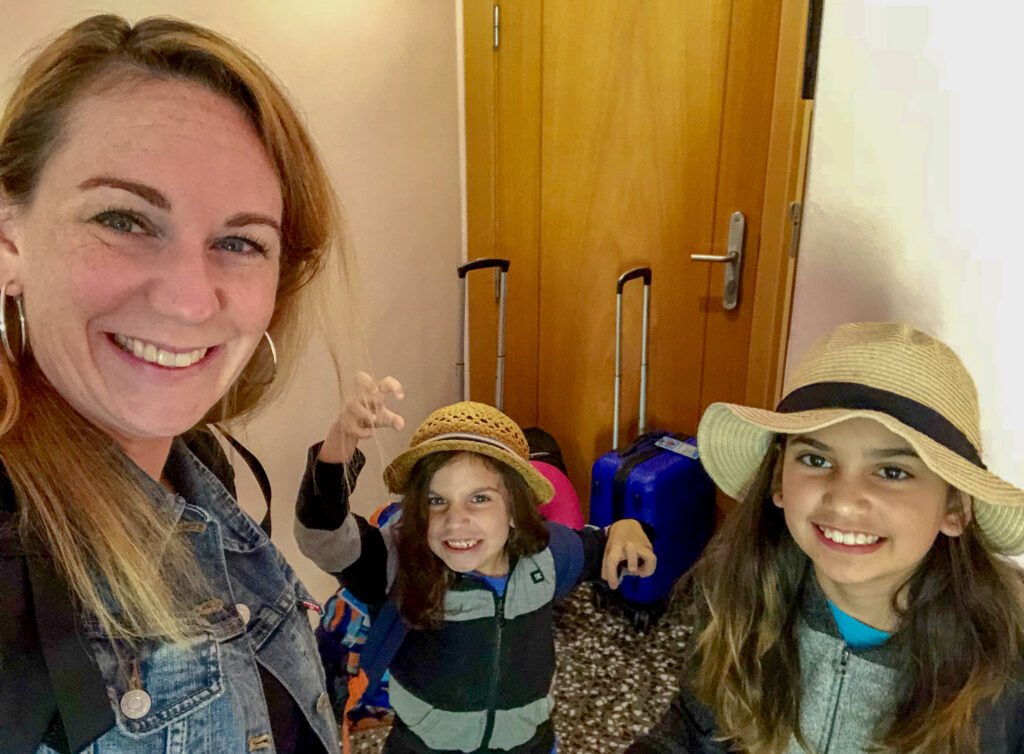 It was close to midnight by the time the showers were finished, tears were wiped, the kids were in bed and the lights out.

I had illusions of a planned out day in the outskirts of Barcelona the following day, but bets were on tired kids who had only six hours of sleep two nights in a row having other plans. I accepted the fact that for two days in a row, I’m not going to experience anything but the inside of the hotel room or riding in a loop on one of those tourist sightseeing buses.

There was still plenty of time for us to be happy together. This was a foreign country to them. Foreign languages were spoken, they were out of their element and I needed to allow them to adjust. I needed to take some time and chill out. 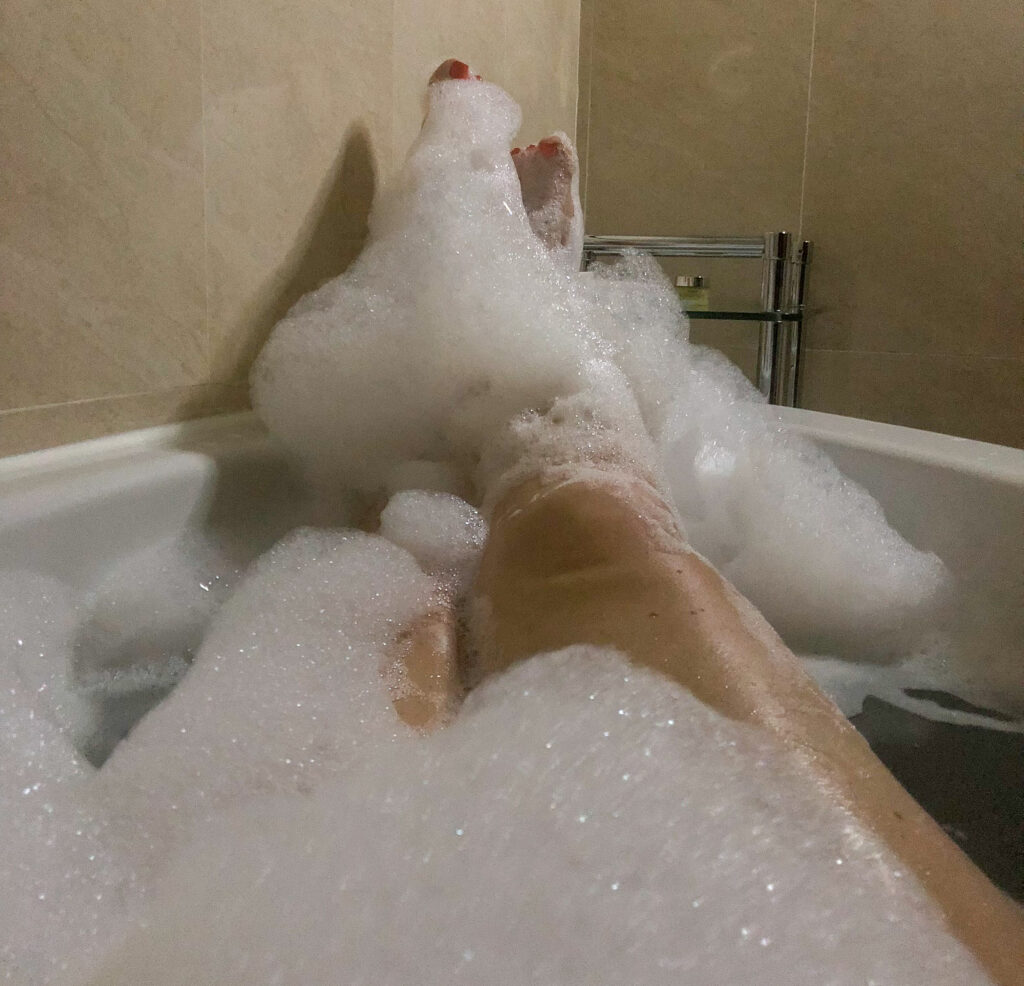 What is most important is that we are here together and we still have time to make up for it. There will be another day for another adventure.

***This blog post contains affiliate links, meaning, at no additional cost to you, if you choose to make a purchase by clicking on the link, I will receive a commission. It pays for my word babies to continue to be vomited into the universe