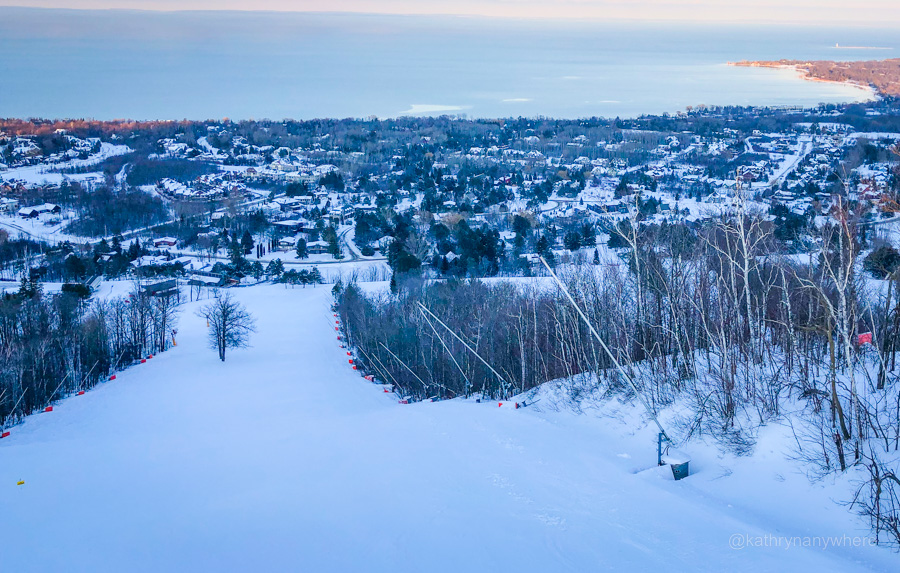 In the winter of 2019, some ski clubs across Ontario were celebrating some of their earliest opening dates ever. In no time flat, suddenly bemoaning the melt of the snow and lack of optimal conditions to attract ski enthusiasts to the hills. It was an economic blow to their businesses. Despite the impact of climate change on downhill skiing, ski clubs like Craigleith thrive in the midst of the weather challenges. In fact, over the next couple of years, Craigleith is set to invest eighteen million dollars into cutting-edge snowmaking. Then, club improvements to generate an all-year-round facility with a hopping Apres Ski social scene.

Snowmaking is the process of using pressurized water and compressed air or an electric fan to make snow. That “snow” is distributed all over the hill for the skiers to use. What Craigleith has done is take the technology of snowmaking and kick it up a notch. “It was Craigleith’s need for more information so that they could be more efficient with their snowmaking and grooming”, says Jeff Courtemanche, General Manager of Craigleith Ski Club.

This has led Craigleith to the forefront of GPS technology used in surveying and for new subdivision grading.

*** I spent the day with Jeff Courtemanche, General Manager of Craigleith Ski Club learning all about the process from him and members of his crew in February 2020 ***

At Craigleith, water used for snowmaking starts in Georgian Bay. A remote pump house that has two pumps pushes through 4000 gallons of water per minute into an 18 million gallon snowmaking pond on Craigleith’s property.

In the most simplistic terms, from the snowmaking pond, the water flows through a 24-inch pipe into a wet well. A wet well is like a huge holding tank, located at the back of the snowmaking building. Water is then cooled down to 2 degrees Celsius through two smaller pumps. Then flows from the cooling towers to the six main snowmaking pumps in the snowmaking building. From there, it is pumped up the hill at the rate of 6000 gallons per minute at 600 pounds of force per square inch. For comparison, a residential house usually has 60 psi. A fire truck would have approximately 140 psi, so this is really powerful!

On the airside, cold outside air is drawn in through filters at the side of the snowmaking building by the 1250-horsepower centrifugal air compressor. The air goes through 3 stages in the compressor. It is compressed to 110 psi and five thousand cubic feet per minute. 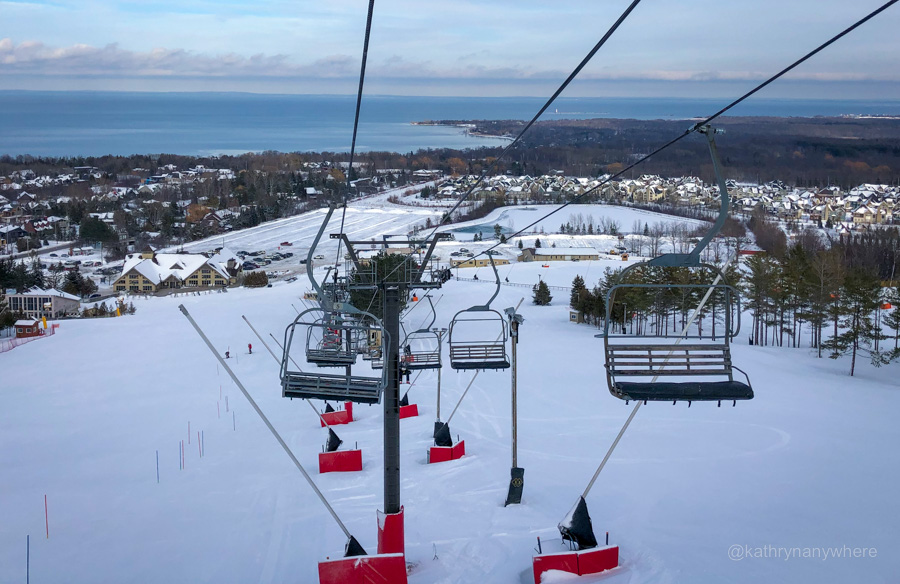 Over the years, Courtemanche oversaw advancements in technology. Utilizing computerization and automation has advanced snowmaking to the point where it is now a 1:1 air-water ratio is down to 1:3 ratio. Once the snowmaking water is pumped and starts to leave the snowmaking building, it is injected with a bacteria called Pseudomonas syringe strain 236. That is sold commercially as Snowmax. Craigleith Ski Club was the first ski area in Canada to use Snowmax and has been using it since 1987.

The Snowmax bacteria are naturally occurring in the environment and is manufactured, concentrated, and eradicated to make it harmless and tested for commercially viable. That means there are no effects to any human on the slopes. When Craigleith’s snowmaking water was tested, they found that only 60% of tested drops froze by minus 6 degrees Celsius. It takes until minus 15 to have 100% freezing. By adding Snowmax, all water sample droplets were frozen by minus 1.5 degrees Celsius.

The compression process is called adiabatic compression. That means heat is generated in the compression process and air leaves the compressors at about 160 degrees Fahrenheit.  Compressed air then goes through the heat exchangers located outside of the snowmaking building. The air is subsequently cooled to about 40 degrees Fahrenheit. Hot air can hold much more moisture than cool air. After the air is cooled the moisture starts to fall out of the air. The cold air then goes through a moisture separator which pulls the moisture out of the air and it is recycled back to be used to make snow.

How Much Snow Does Craigleith Need To Make?

So how does Craigleith know how much snow to make? Steve Young from SnowRight came up with an incredible system that helps keep an even depth of snow on the slopes. Using a method of measuring the snow depth, they are able to get exactly what they want. In the summer, everywhere on the hill, including the grass is measured. That creates a complete three-dimensional model of the ground. In the winter, another survey is created which pinpoints all the spots on the mountain.

Then, they are brought together into a mesh that makes a full model of the snow every night. The measuring tool is on the snow groomer which drives up and down the runs. The snow groomer can tell the difference between the elevation he’s at and the ground at any time. At the end of every night, the operators in the CATs hit a button on their screen and it goes back to a master computer. Everything is calculated in a software-based program.

The snowmaking software is called Atas, and it controls the entire snowmaking operation. Each one of the 500-plus shelters that are in place on the trails is shown by a pictogram on a monitor back in the snowmaking building. A member of the team can turn them on and off by clicking a mouse. Atas talks to a programmable logic control panel in the building that makes sure there are enough resources in the machine room to get enough pumps and compressors running for the resources required on the hill. The programmable logic control panel takes inputs from inside the machine room from vibration to pressure to water and flow sensors. Then, it takes all of that combined with an algorithm to control the pumps, motors, and compressors. Everything in the machine room is mapped out to where and how much snow is required in each area.

The automation at Craigleith is one of the largest systems in North America. The entire snowmaking process can occur within the blink of an eye. This is how Craigleith Ski Club can thrive each and every winter regardless of the climate.