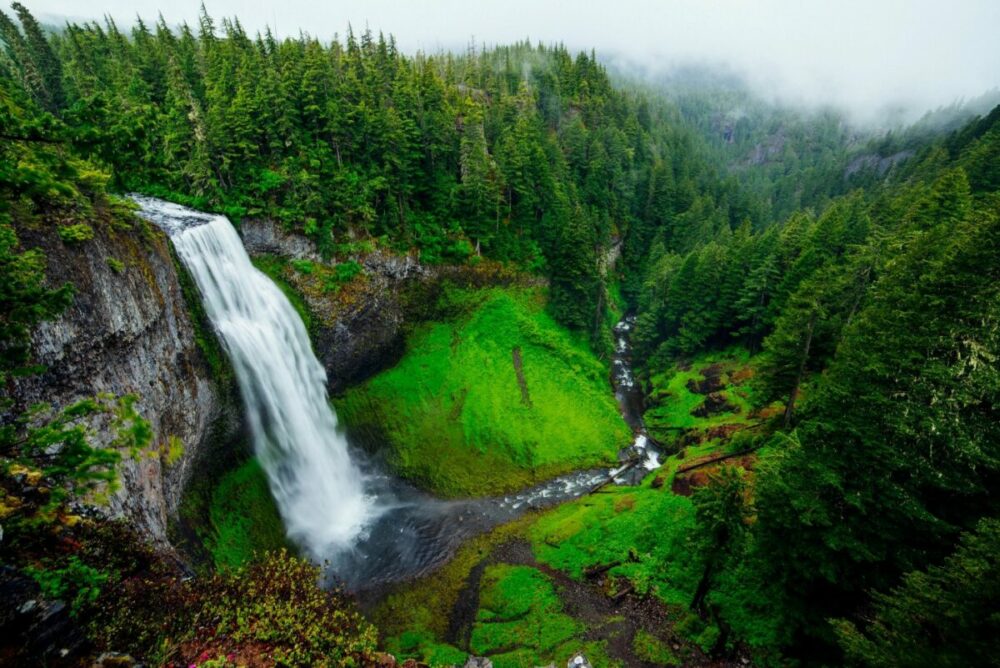 Spending time at home with my kids during this time of self-isolation, I’ve had to answer some weird questions from my kids. Things like “what colour is the coronavirus” and “can you fart, sneeze and cough at the same time”. There have been annoying questions like “can I have another snack”. However, there have also been some cool questions like “how old is the sun”. In discussing the age of our country, Canada and our neighbours to the south, the kids wanted to know what are the youngest countries in the world. I had to do some research to answer this for them, but I’ve now come up with a list of what’s considered to be the newest countries in the history of the world.

The Youngest Countries In The World

As of 2021, this list is as accurate as I have found. If you’re curious about The Oldest Countries In The World, check out this post (click here).

“In Palau, women play a very important role in issues of policy. Women traditionally own and devise land. We control the clan money. We traditionally select our chiefs; women place and remove them. Having observed their upbringing closely, we are able to decide which men have the talent to represent our interests. From birth, Palauan women are responsible for the men. When men marry, the women arrange for the settlement, and when they die, women bury them. Women are caretakers of the environment” -Mirair Gabriela Ngirmang in the book, 1000 Women for the Nobel Peace Prize 2005.

I could not help but lead with this quote about Palau as it’s the first thing that jumped out at me – a nation that honours women first and foremost. Independent since 1994 from the United States, this peaceful South Pacific country observes a matrilineal tradition. Heavily influenced by Phillipine’s cuisine, a delicacy in Palau is actually fruit bat soup. However, fish, pork, yam and potatoes are the local foods.

This tiny county of only 459 km2 and a population of approximately 18,000 people are mainly Roman Catholic in religious observance. Tourism and fishing are the main industries in Palau with tourism focusing on scuba diving around the barrier reef and over wrecks well below the surface of the water leftover from the second world war.

For a small South Pacific nation, the country of East Timor is mighty in art and sport. Used by many Australian productions as a setting for films, televisions shows and documentaries, the island landmass of 15,007 km2 is said to be shaped like a crocodile and carries heavy lore surrounding that. The legend is that inhabitants of East Timor are descendants of the crocodile. Presently, there are estimated to be 1,200,000 citizens there.

Before European colonialism, East Timor was an exporter and trader of sandalwood, honey and wax to the Indian, Chinese and Malaysian nations. It is one of the oldest sites of human activity in all of southeast Asia. The current culture of East Timor reflects numerous influences, including Portuguese, Indonesian and the religious observances of Catholicism. Gaining independence from Portugal in 1975, it was subsequently invaded by Indonesia only 9 days later. In 2002, it was finally granted sovereign state status after decades of bloodshed.

While half of the population lives in abject poverty, East Timor is one of the most oil-dependent countries in the world. East Timor earns revenue from offshore oil and gas and exports of coffee, cinnamon, marble, petroleum and sandalwood. Starbucks is a major purchaser of coffee from the nation. Tourism is big, upwards of 75,000 visitors per year are welcomed here.

The next three countries have all come out of the fall of Yugoslavia. Like many border formations in Europe, wars and battles were fought and pieces of land changed hands through Kingdoms and in political deals many times. Without sounding ignorant to the history of the country and the conflict throughout the past hundreds of years, I’m only going to mention the split from the Yugoslavia, the Belgrade Agreement, which saw Montenegro’s transformation into a more decentralized state union named Serbia and Montenegro in 2003, and then gaining full independence in June 2006.

Montenegro is a country in Southeast Europe on the coast of the Balkans. the population here is just over 600,000 and the landmass is just 13,812 km2. The road structure of Montenegro is not yet up to Western European standards and the railway is the method to keep things moving. The economy depends on the service industry, meaning “intangible goods” that include attention, advice, access, experience, and affective labour.  Tourism was a bug industry for coastal Montenegro in the 1980s, but the Yugoslav wars in the 1990s crippled it, only just seeing a rebound now. The Adriatic coast is 295 km (183 mi) long in Montenegro, with 72 km of beaches and many well-preserved ancient old towns to explore. Montenegro is home to significant cultural and heritage sites from the pre-Romanesque, Gothic and Baroque periods.

A multi-lingual and ethnic state, the cuisine the country feasts on is a mix of oriental and Mediterranean. Sports play a huge role in the lives of citizens with football, water polo, basketball and handball being known as the ones they dominate in.

Like Montenegro, Serbia’s official date of independence is June 2006. And to date, disputes around defined borders still go on, with Kosovo declaring independence from Serbia in February of 2008.

Located at the crossroads between Central and Southern Europe, Serbia is located in the Balkan peninsula and the Pannonian Plain. The landmass is a total of  77,474 km2, and almost 30% of it is covered by forest.

Serbia’s economy is fairly stable and is considered to be upper-middle for income although unemployment figures put them at around 12%. There is a lot of foreign investment from companies such as  Fiat Chrysler Automobiles, Siemens, Bosch, Philip Morris, Panasonic, Michelin, Coca-Cola and Carlsberg. Agriculture yields plums, raspberries, maize, wheat, sunflower, sugar beet, soybean, potato, apple, pork meat, beef, poultry and dairy.

Serbia produces about 230 million litres of wine annually. I’m in!

Kosovo is a beautiful, majestic country. Full of gorgeous national parks, forests cover 39% of the area. Hiking trails infused with waterfalls, charming towns to appease the eye and chaotic recent history that makes your scratch your head and say what?

Landlocked between Serbia, North Macedonia, Albania and Montenegro, this Balkan Country in Europe has less than 2 million inhabitants and a landmass of 10,887 km2. Independence was fully gained in 2013 from Serbia after a torrid history of ethnic cleansing and war crimes. The history of this area is disputed by all sides and is still claimed by Serbia as part of their country. Only some UN countries officially recognize Kosovo as its own country. As a potential candidate for the European Union, the climate boasts a Mediterranean feel and is prime for international tourists to arrive and explore the mountains, canyons and rivers.

Today, while 95% of the population identifies as Muslim and has the highest percentage of Muslims in Europe behind Turkey. Kosovo identifies as a secular state. Kosovo boasts ranking ninth in the world for having free and equal tolerance towards not just religion, but also atheism.

South Sudan became an independent state from Sudan in July of 2011 as a result of a peace deal that was brokered in 2005. With a population of approximately 11 million inhabitants and a land size of more than 600,000 km2, this young country suffers from a severe humanitarian crisis in terms of water and food. South Sudan has an extremely violent past. The most recent civil war ended only in February of 2020. Many inhabitants identify as Christian and female literacy is amongst the lowest in the world.

According to Wikipedia, as of 2019, South Sudan ranks lowest in the latest UN World Happiness Report, second lowest on the Global Peace Index, and has the third-highest score on the American Fund for Peace’s Fragile States Index.

This is not a hot spot for tourism and generally is not considered safe for female travellers. South Sudan’s underdeveloped economy boasts natural resources such as oil and agriculture to drive its future forward.

Bougainville – Voted for Independence in 2019

The final country on the list is the largest of the atolls in the Solomon Sea. Here lies an island that voted to leave Papua New Guinea at the end of 2019. The referendum that its citizens voted on with a majority of 97% is not yet binding. It has to be passed by the government of Papa New Guinea.

An island named after a French navigator, this is a country that has changed hands numerous times between Germany, Australia, Japan, America and Papa New Guinea. This doesn’t even begin to explain the civil wars the people here have endured. With a population of under 300,000, the island measures 9,384 km2. The economy of this newest country has been centred on mining and agriculture. In the post-COVID-19 world, Bougainville is looking to tourism to help bolster the economy.

Voting began on November 23 and officially ended on December 7, 2019. The results of which were announced on December 11, making Bougainville the newest country in the world. Once the government of Papa New Guinea gets past all Covid-19 related issues, it’s expected to grant Bougainville its independence.

Youngest Countries In The World By Continent

Hope you have enjoyed this little tour of some of the youngest countries in the history of our world. As time goes on, people and nations evolve and politics fracture agreements. Perhaps there will be new countries on the horizon of 2022. Hopefully, any future transitions are peaceful. When it is safe to travel again, we can look forward to collecting new passport stamps along the way. 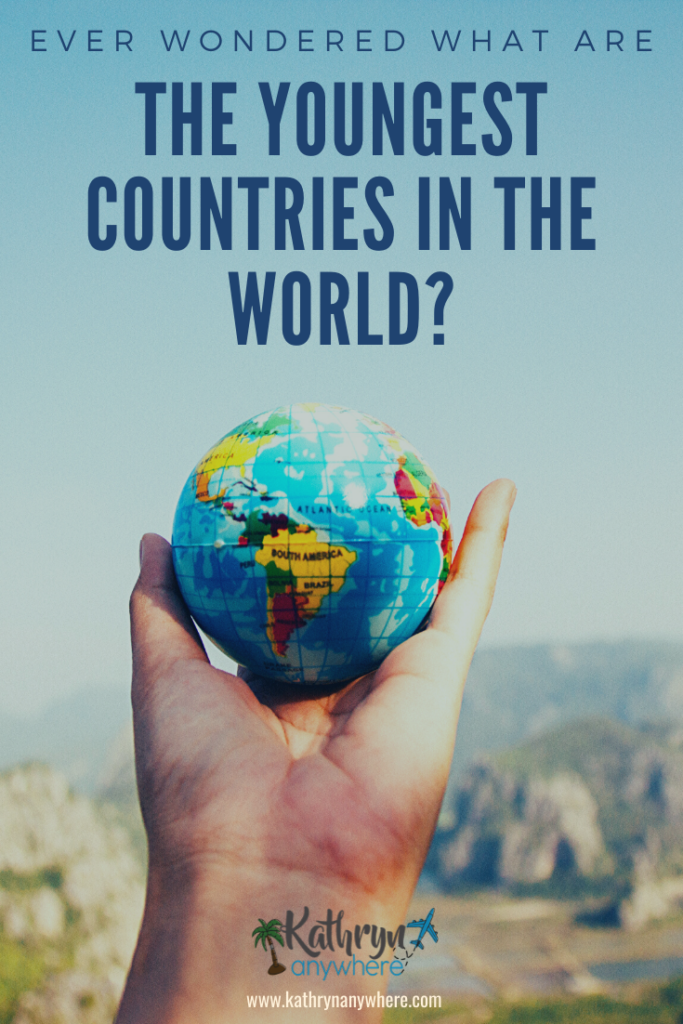